As most of you know I bought Matilda a beautiful pony last year called Winnie.  I travelled with my friend and her daughter, a couple of hours drive to see this pony. I had seen her on the internet on the Tuesday, we were going to see her on the Sunday and I had a feeling she was the one, but someone else was viewing her before me, I worried the whole time she would be purchased by the other people. 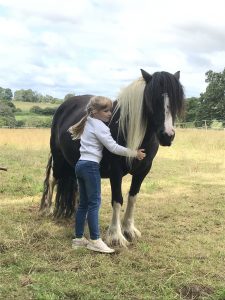 Sunday came and she was still for sale, but the fact the other people hadn’t bought her worried me, why hadn’t they bought her? We arrived and Winnie was tied up waiting for us.  She was taken into the school and worked beautifully.  Matilda rode her as well but for some reason was a little frightened, this also added doubt into my mind.  My friend’s daughter rode her and said she went foot perfect and when ridden on the road, the traffic didn’t faze her, but I really couldn’t make my mind up.  Being indecisive wasn’t in my nature. 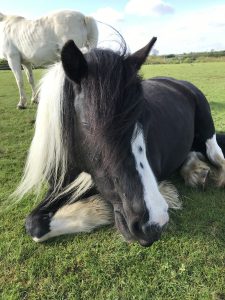 We chatted with Karen, the lady selling her, for ages and in my head I couldn’t say yes but I knew No wasn’t the answer, so it had to be yes!!! Even on the journey back and when we got her home I had this terrible feeling of dread.  God only knows why cos she is a very sweet and kind pony, you can almost see the butterflies and unicorns jumping around her when you approach her 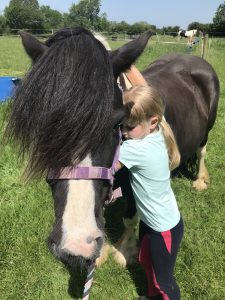 As summer approached everyone got a little fat as we had loads of grass so I popped Winnie in with the other fat ponies to get her weight down.  As time went on I noticed her tummy had this triangle shape to it, the shape you see when they are in foal!!! I ignored it as I just thought I was being silly.  During the winter my mare had been diagnosed with a hay allergy and she could no longer live in, so I purchased her a field shelter. 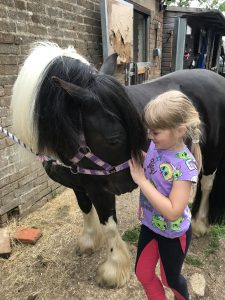 When the field shelter man arrived to erect the shelters he asked when Winnies foal was due!!! I nearly died!!! I felt so bad as I had put her in a starvation paddock.  I called Karen and she was mortified and offered a pony to use in the meantime.  It turned out Karen had gone to pick up a horse she had purchased, when she arrived she saw Winnie, liked her so much so bought her too. 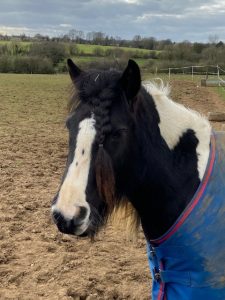 But Karen didn’t have room for Winnie so dropped her at a friend’s yard for a week until she made room, this was obviously where Winnie had had her little rendezvous. Little Percy was born 16th August 2019, to this day we still don’t know who the father is but we are super happy with little Percy although he is rather naughty